Yesterday was fairly slow.   I added another section to the wall, and neighbor Mike came over and helped me set another row of fence posts.

Add two posts to the retaining wall and it’s finished.  After we wrap these few things up, I’ll start on the shop benches.  Patty will paint her glamper (trailer).

The afternoon was mostly spent helping Patty with putting up the ceiling light (chandelier) in guest bathroom.  The only thing left to do in here is the finish plumbing for the claw-foot tub.  That will happen next week.  We’re close to getting out of the construction business, which after two houses and a straight six years of this, we’re ready to lay down our tools. 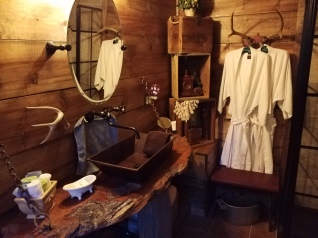 I spent the rest of the day listening to my favorite radio show, “Blues Party, with Mark Martin on NPR.

We have some friends coming in today from Utah.  Ron and Margene Wrigley.   I’ve known Ron since 1971, when I lived with him and couple of lady roommates. I must have met Margeme in ’72 or ’73.  We’re looking forward to their short stay with us.  They fly into Sacramento today from Salt Lake City.  They’ll rent a car and drive up here.  They have to leave tomorrow.  A short stay, they own a Real Estate Company.  They’re probably busy.

I’ve got to tell you a funny story about Ron.  Back in ’72, Ron and I both were bartenders at the Red Belle Saloon in Salt Lake City.  It was a fast paced bar and usually packed every night with local Hippies.

During this time Ron was working the bar with a day shift, and I walked into the bar in the afternoon.  Ron was behind the bar stark naked.  As I walked in he said, “you’ve got to take off your clothes to come in here”.  I was a little too modest at the time for that, but he did have about 15 people at the bar all of them naked!  Keep in mind this was Mormon country in SLC.  Even more so in ’72.  Yeah, he was somewhat crazy, but that’s probably why we ended up roommates.

We spent a little time at the house laughing about our past antics, and then it was a quick lunch.

Some time later, it was off to Volcano for a walking tour and history lesson guide through our two-block long town.

We went to dinner at the Volcano Union Pub.  The Union never fails.  They have consistently put out very good meals.  It’s worth the trip to eat here.  The service is equally as efficient.  It’s always been a pleasure to entertain folks here. 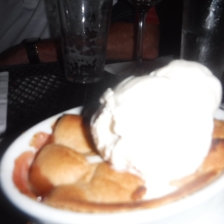 We came back home and called it a day.  An exceptionally good day. 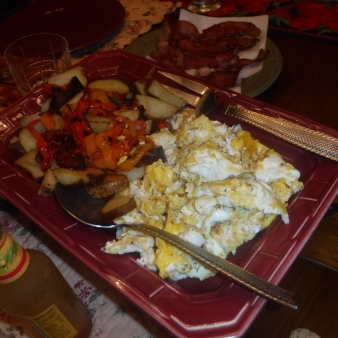 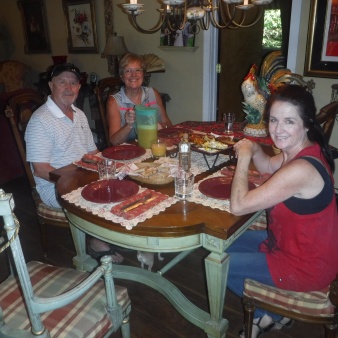 Ron and Margene left in their rental care about noon for the airport.  They will get home at 6:00pm Tijuana time.  It was an amazing visit with both of them.  I learned many more things about Margene, that I didn’t know before.  Quite a person!

Ron and I were like we never were apart.  I’m glad to say he hasn’t changed in 46 years. We love them both.  What amazing friends to have in your corner!

The afternoon brought Mike back to finish the backyard fence boards.  Only the gates remain to be made and installed.  I’ll take some pictures then.

I think I forgot to mention Friday night we lost four chickens.  In  the morning I went out to collect some eggs.   I opened the nesting box and guess what was sitting in there?
Another skunk with three dead chickens in the hen house.

Saturday night we lost another chicken.  I believe this time it was a Raccoon.  Raccoons are like the terrorist, they behead the innocent, but leave the body.

I will set the trap again tonight.

One thought on “The original Sleazy Tour”