The pictures are all of the same bike, a 1944 Harley Davidson I had for seven-years.  I bought it in 1971 for $750.  The first picture is after hitting a station wagon broadside that had tuned left in front of me January 1972.  I was laid up for three-months with that one.  The picture was taken in a type of apartment I had in South Salt Lake City.  It was converted from a commercial hen house.  The worked on the bike in the dining area.

The bike went black later that year.  The reddish one was built for an upcoming bike show at the now deceased Salt Palace.  You might notice there are no cables on the handle bars.  I had a foot clutch, hand-shifted transmission, called a “Suicide Clutch”.  There was no front brakes, or any gauges.  The gear shift is the white knob in front of the oil tank.

The car seen in the picture below, right was a 1951 Ford Crestliner I bought for $35 about 1971..  I can’t imagine what it would sell for today?  Regardless, I should’ve kept it. 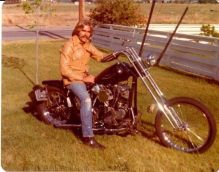 I haven’t seen the pictures above in 30 years.  Karen, Mother of our children loaned them to me recently to scan.  I need to get her album back soon, but I still have a few more I want to scan.

Coincidences:  Two weeks David was here from Utah.  I didn’t recall at the time I wrote last, but David knew my former wife in their school daze.  He took her to her Junior Prom.  I should have let her know he was here visiting.  Sorry bout dat Karen.

Last week we gave Bob or “Q” as he goes by a ride home to Folsom.  We had just met him at an appointment in the waiting room for treatment.  During conversation on the way there it turns out he and Patty went to the same High School, Del Campo in Sacramento area.  They were two years apart, but Patty remembered his wife, and more so his wife’s sister.

It’s turned out both of these coincidences occurred more than forty-years ago.  It is a small world after all. 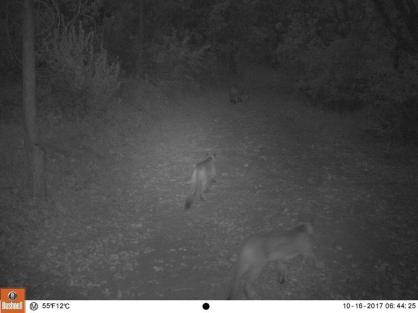 Mountain Lion and Bear sightings have continually increased in recent years.  About a month ago a resident in the area lost a horse to lions.

We’ve had bears on our road rummaging through trash for food as well, making quite a mess of the road on trash pickup day.  Here’s a game camera picture of three lions taken last week by a neighbor, just up the road from us.

11:30am – We’re off to the post office, the BX, and commissary for a few things to make a lunch.  The weather is pleasant and warm enough that we’ll eat on the patio. 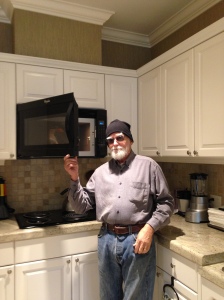 2:20pm – Just finished my first round of brain radiation.  The mask is placed on my face and attached to the table I lay upon so I can’t move my head while they shoot me.  The nearly excruciating pain I get from laying so flat on that hard surface, and then having a warmed blanket on me while getting a hot flash, I felt like the radiation was burning holes in my brain, and my reconstructed back of steel doesn’t like it.  Other than that not too bad. 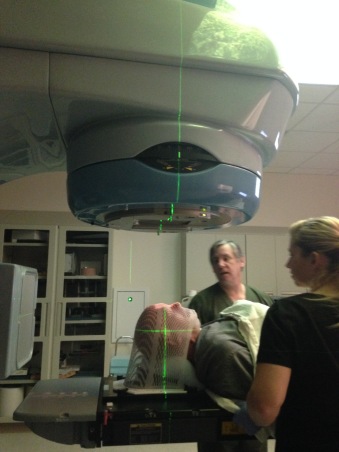 Tonight Patty is making Veal Cutlets, Artichokes, and a house resident is making a Chicken Rice Soup we may indulge in.

I read a notice this morning stating you cannot upload pictures with this network.  We were reluctant to even try after last week’s nightmare, but I did and found I was actually able to attach pictures today.  How and why I don’t understand.

None the less, I’m going to publish this in hopes it all gets to you eventually.

One thought on “One Motorcycle, Many Choppers”